Final 1.7 version of TagSpaces was released today. Please find the main differences in comparison to the previous version:

The user interface was redesigned in order to be more responsive and usable. The goal was to make a single interface suitable for tablet and desktop use. 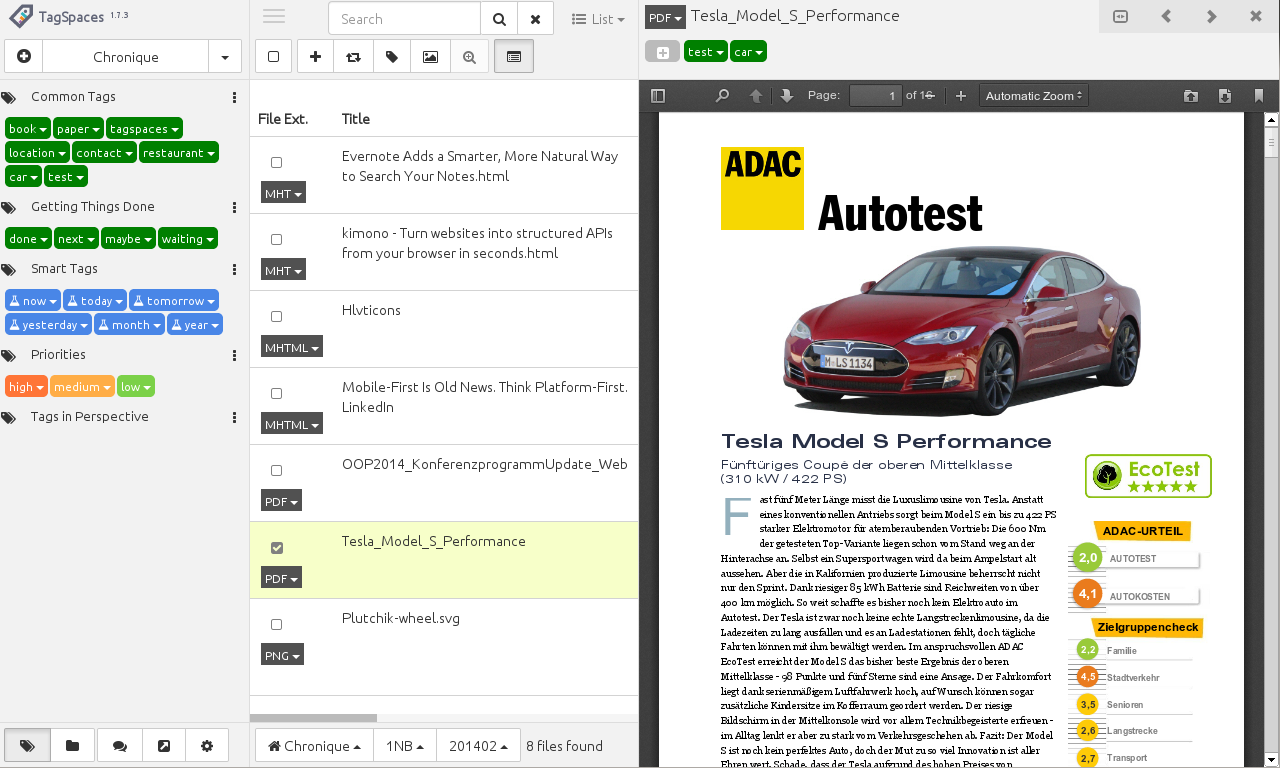 The second main goal was to release TagSpaces as a native application for various platforms. The following screenshot shows TagSpaces running on an Android based tablet. 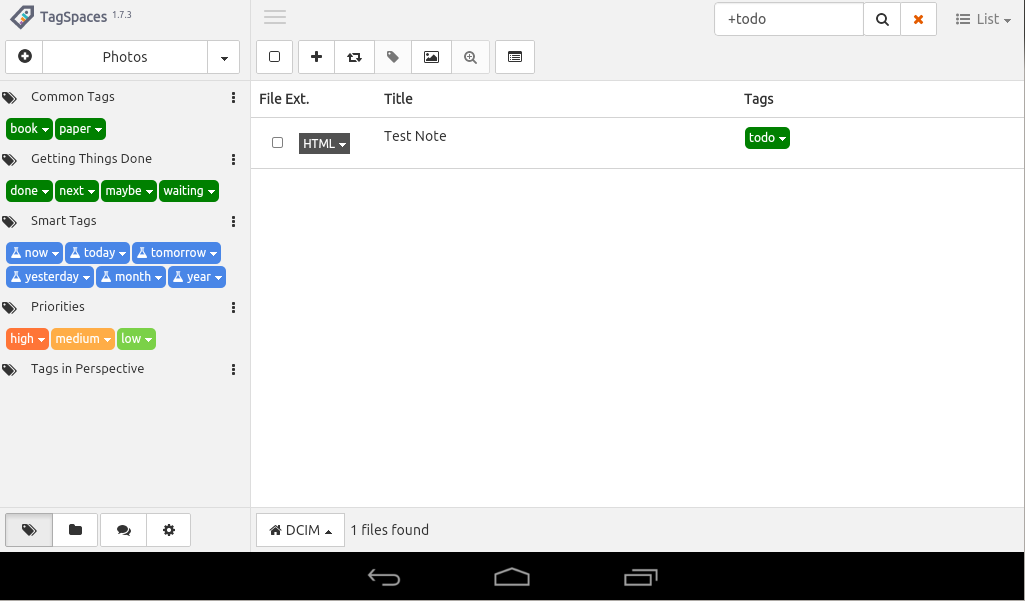