Last week TagSpaces version 3.3 was released. Here you will find the major new features and improvements included in this release.

One year ago, when we were preparing the major 3.0 release, we decided to postpone the implementation of the perspectives support. Which were a core functionality in version 2.x of TagSpaces. The idea was to migrate one default stable perspective with the two modes for viewing files: grid and list. Now, in this release we reintegrated the perspective support and added on top, two completely new perspectives in the Pro and the Enterprise editions.

This perspective is useful for showing geotagged files and folders on a map. For the visualization of a online map we use the Openstreemap integrated with the popular leaflet javascript library. On the following screenshot you can see how it currently looks like.

You can learn more from the dedicated documentation page in the TagSpaces' documentation or try it directly in the live demo page we have created for the geotagging use case.

You can learn more from it's dedicated page in the TagSpaces' documentation.

We optimized the user interface for use on mobile devices. This mode is perfect for using TagSpaces as PWA (progressive web app), which is a major feature of web based TagSpaces Enterprise. 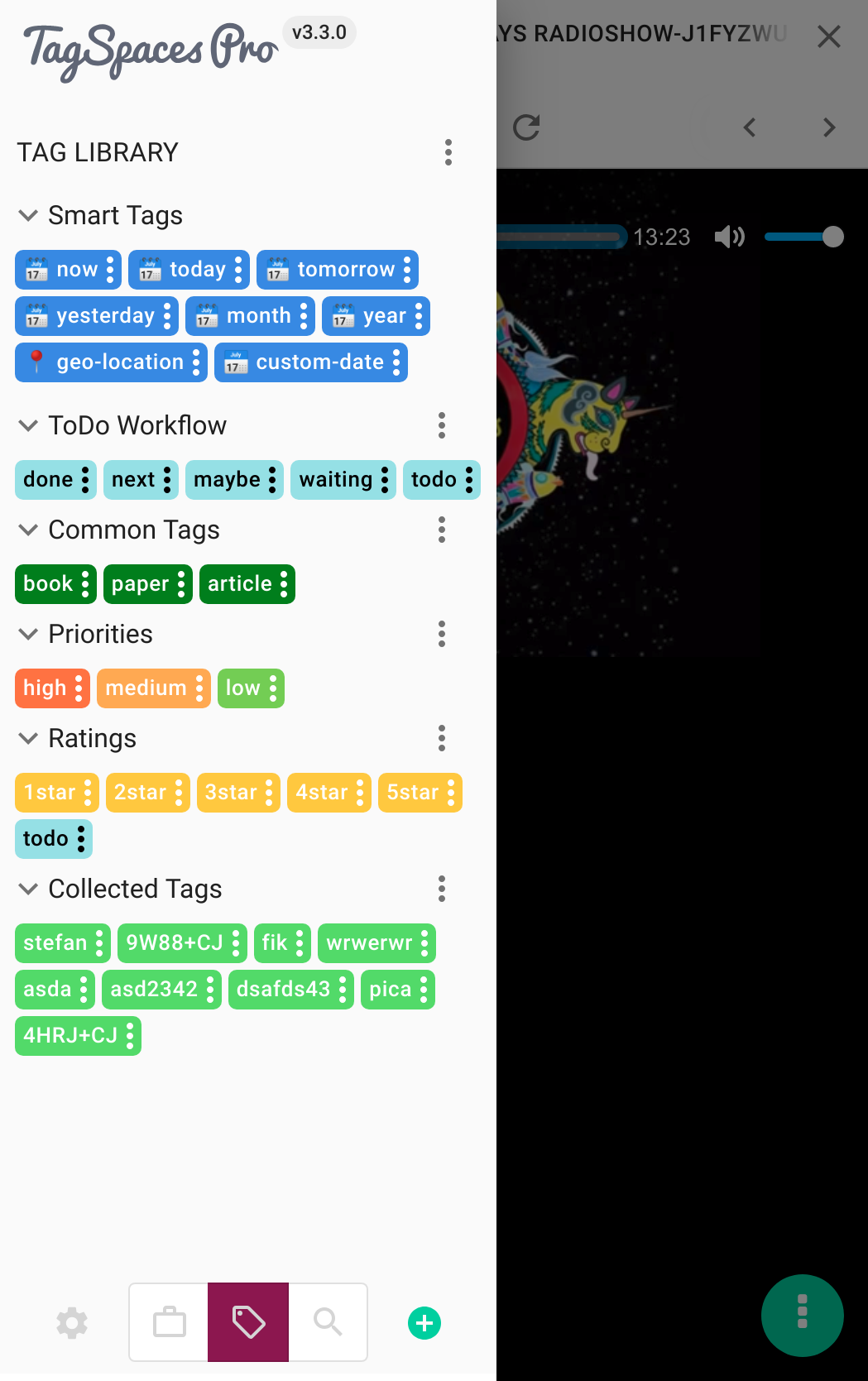 It can be activated for test purposes in tab general of the setting, as shown in the next screenshot. 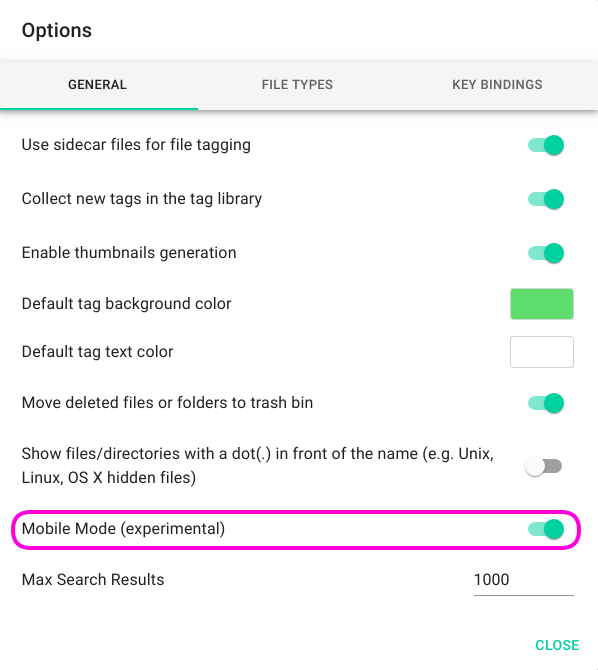 In the recent weeks we have update also the TagSpaces documentation. So now it reflect more precisely the new user interface introduced in version 3. Check it out on docs.tagspaces.org.

In this release we made some improvements of the content creation process. These includes a new design of the file creation dialog, which was greatly simplified. Now, the newly create files are opened automatically in edit mode of the corresponding file editors. You can also import existing files from this dialog. In the mobile the Add file button can be used also for taking new pictures.

On top of that, we made many other usability improvements and fixed some bug. A complete list of the changes can be found in the changelog.