We are excited to announce our brand new 2.5 release of TagSpaces. Here you will find a short presentation of the new features and changes in this release.

One important change since this release is that we made a free Android app. The app is called TagSpaces Lite and can be found in the Google Play store and also on our release page on GitHub as APK downloads for mobiles with ARM and x86 processors. Currently we are not actively developing the old paid app, that's why we recommend all users to use to the new free app. In the future we want to continue the development of the paid application, we are planing integration of some features from the Desktop PRO version and also we want to achieve a more tighter integration with the Android platform.

In this version we added some more colors to application. For the most common file extension we defined a custom color for extension buttons in the different perspectives. In the following screenshot, you can see the colored extensions in the list perspective. 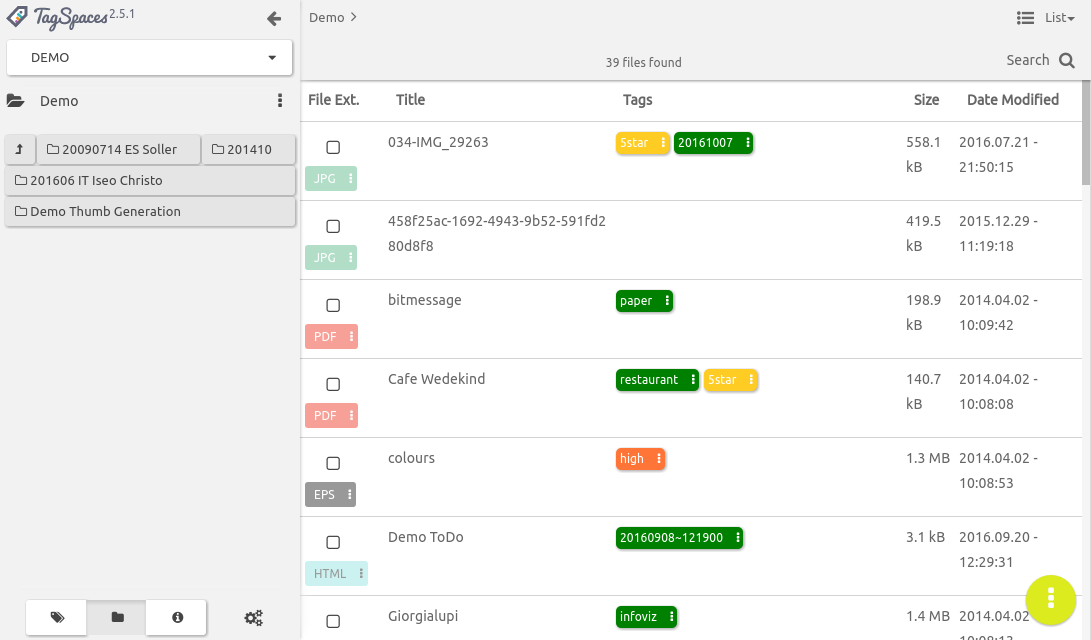 Of course you can switch this feature off. Just go to the general tab of the settings and disable the Enable colored file type extensions checkbox. In the future we are planing to make the colors for the extensions configurable.

Showing folders in the grid perspective​

This new feature gives shows in folders in the perspectives in addition for files. It enables a more intuitive way for navigating through folders, which is common the file managers build in the most modern operating systems. We implemented it as a pilot in the grid perspective, but the feature is not enabled by the default. It can be activated from the More Operations dialog of the extension. This dialog can be opened from a menu item with the same name located in the extensions main menu (the yellow button in the right bottom corner). See the screenshot bellow for details. We plan to integrate it also in the list perspective. 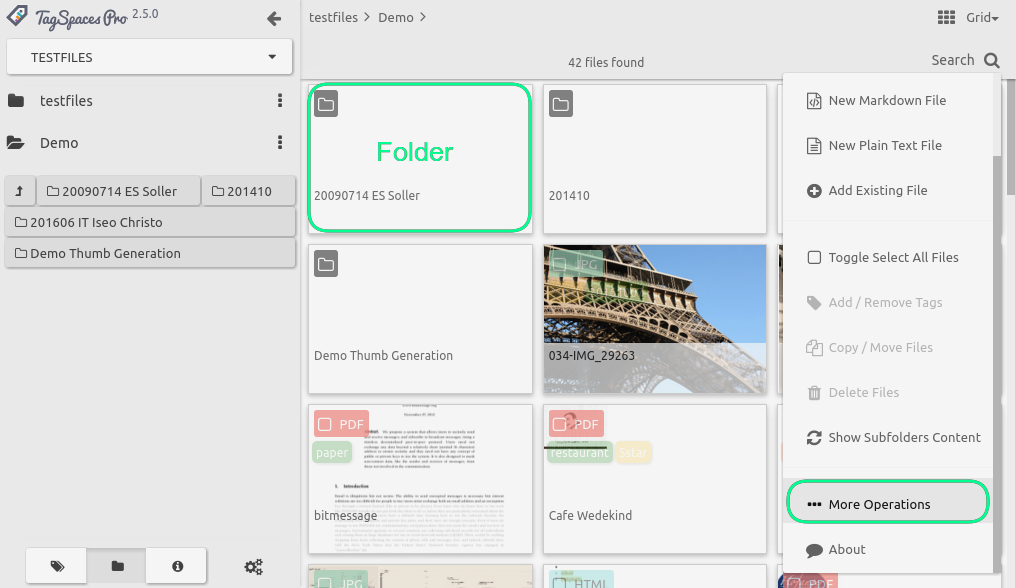 Support for ToDo / checkboxes in the rich text editor​

One long awaited feature for the application is to support managing of todo lists. This is a core feature in concurrent products such as Evernote or Onenote and finally we manage to integrate in the HTML editor extension, so now it is available to all TagSpaces users on all platforms. 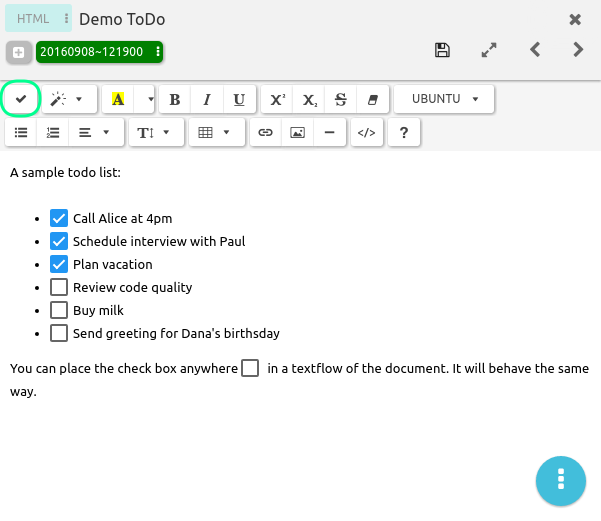 The functionality is very simple, yer powerful. You can place a checkbox by placing the text cursor somewhere in the document and then click on the checkbox button (in the upper left corner of the previous screenshot). This way you can make any text element a todo item. Which can be then organized in lists or in other ways. Once you completed a given task, you can click on its ckeckbox in order make your achievement visible. The todo checkbox can be clicked only when the file is in edit mode.

Thanks to our users haxixu and sedas we added Maltese and Armenian translations for the application.

In the following list you will some other minor changes in our software.

And the last point, we want to mention in this article is that we developed a new text based logo for TagSpaces.

We will be happy to get some feedback about our new release, so feel free to comment.