Version 1.6.1606 was just released to the public today. It is minor release, fixing some bugs and adding some new features like:

Version 1.6 of TagSpaces was released to the public today. Please find a list with some cool new features:

A complete list of changes can be found in release notes.

Here you will find some screenshots from the new release: 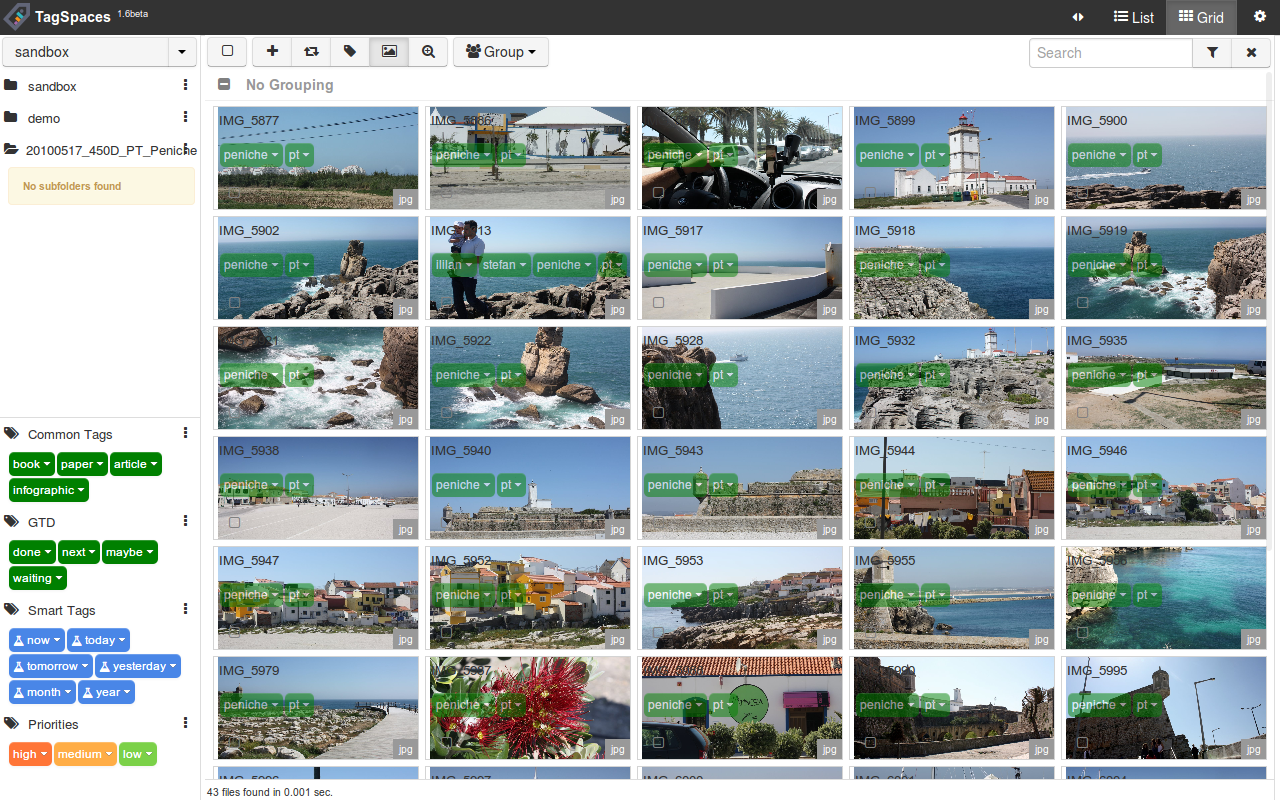 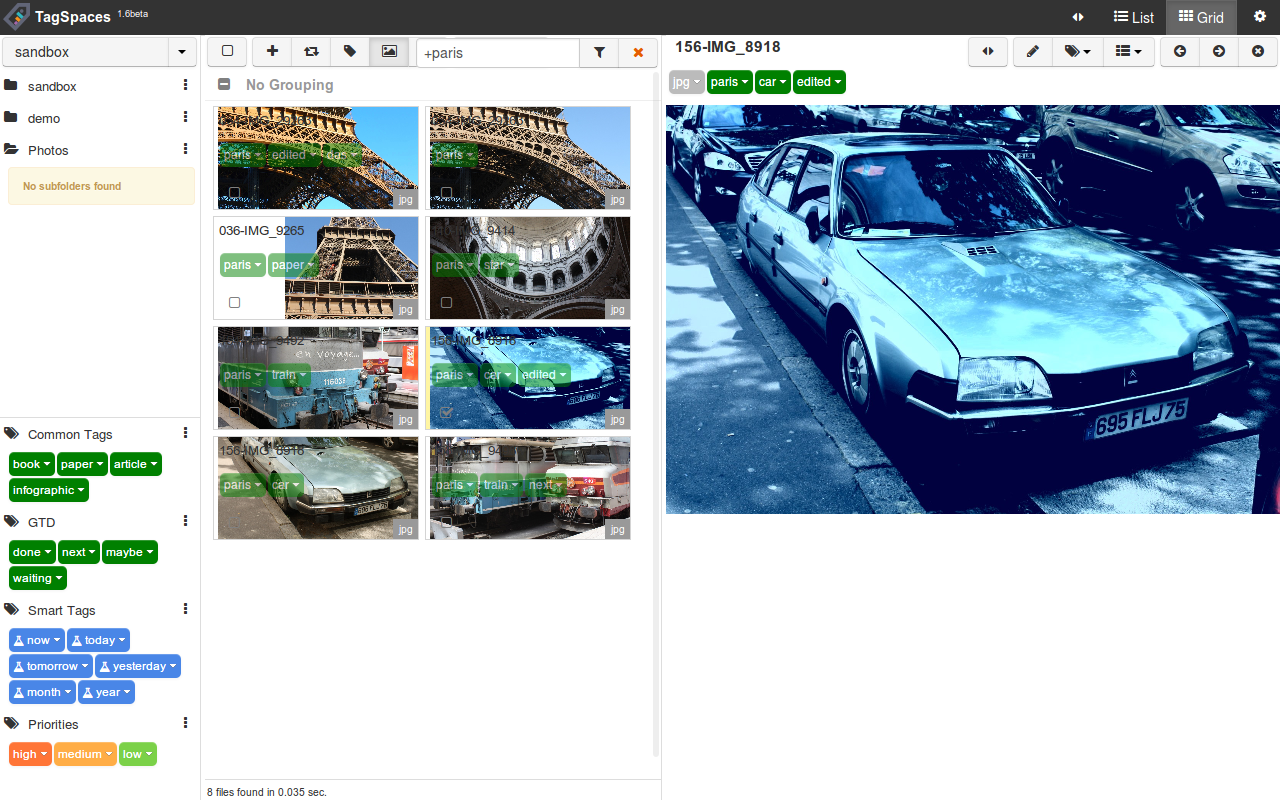 A tutorial describing how you can sync tagged files between devices is available here. Meanwhile you could refer to this concept or just try to use ownCloud for this purpose.

TagSpaces is a great tool for MHTML file organization on many platforms, because it features an integrated MHTML viewer, but the question here is how you can save web pages as handy MHTML files directly out of the Chrome browser. Here you will find the answer of this question for the both browsers - Chrome and Chromium respectively. Please note that after this activation you will not be able to save website in HTML anymore. 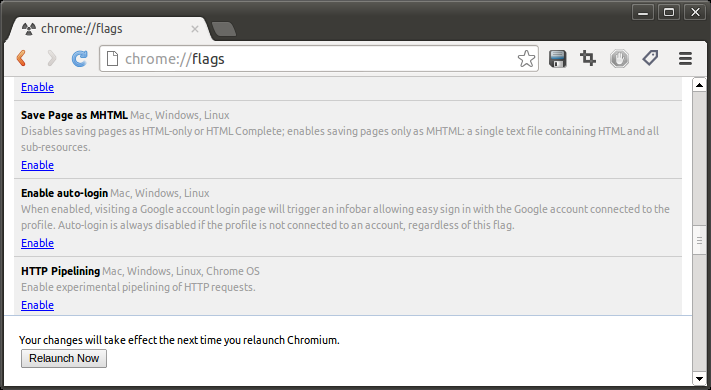 The following screenshots shows the MHTML preview function in TagSpaces. 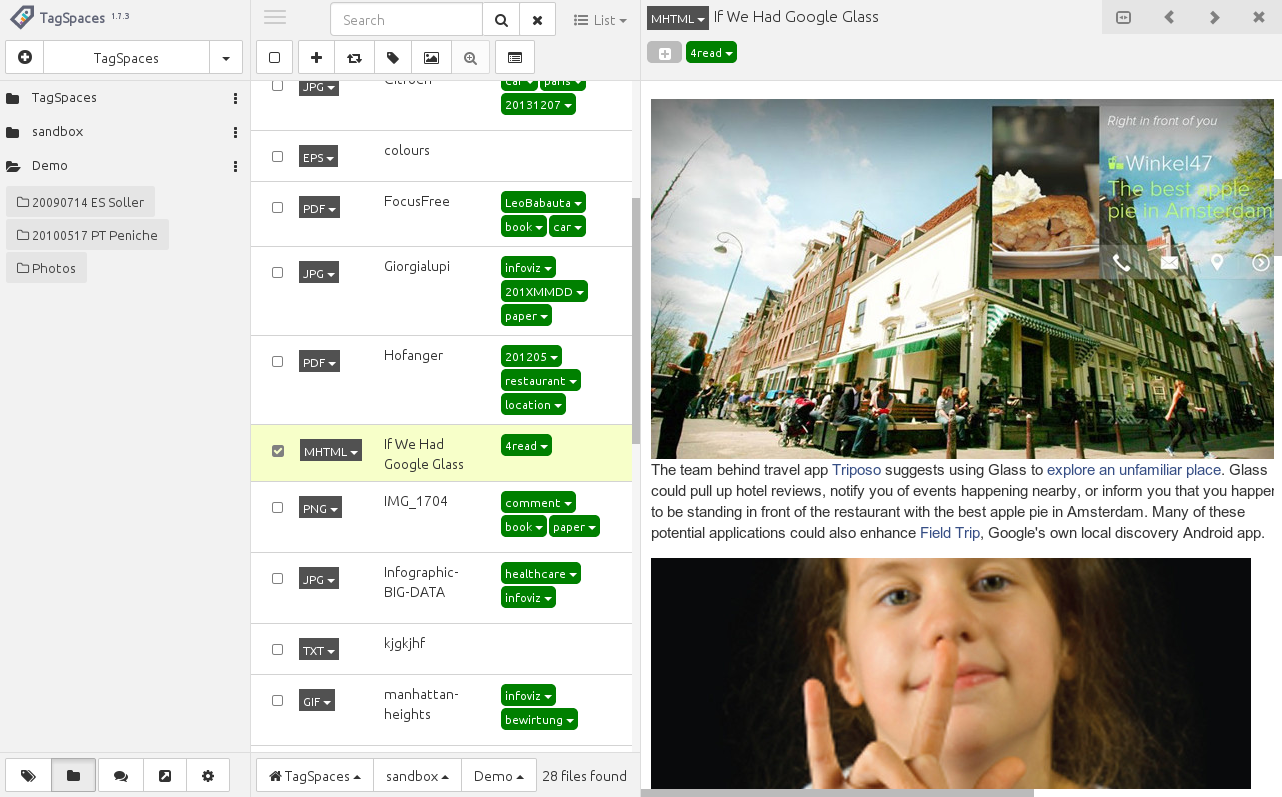 TagSpaces is an application for managing and organizing of files. In this article I will explain how TagSpaces can be used for achieving some typical Evernote use cases such as:

Evernote is a cloud based service for collecting and organizing of digital artefacts such as web clips, pictures and documents. I was using this service for years, because it is very handy and has a sleek user interface (except the previous Windows client, which was built on .NET/WPF). Despite all the cool features, I was still concerned about the fact the Evernote stores all the data I have collected over the years on servers somewhere in the cloud. This fact motivated me to search for an Evernote alternative in which I will have the complete control for my data. So I came to the development of TagSpaces, that can be used - together with Firefox and some other browser extensions - for accomplishing most of the tasks for which I have previously used Evernote. Saving of web pages sounds as a trivial task, but it has some tricks. For example, if you try to save a web page with all the images in it in Firefox, it will create a HTML file and a separate folder containing all the included images, CSS and other files. This functionality has one major drawback - the main HTML file can be easily separated from the folder with images. So now I was searching for a file format saving all the web page content in one single file, and I came to MHT aka. MHTML. This format is based on this RFC specification. The good news was that many internet browsers are supporting this format either OOTB (out of the box) or with the help of third-party extensions. Some popular rich mail clients such as Mozilla Thunderbird and Microsoft Outlook are also supporting MHT without external help. This makes managing of important emails outside of the client’s email address very easy. An overview of the applications supporting MHT file format follows in the table below:

As you can see, the variety of applications supporting MHT export makes the collecting of data from many input channels very easy.Currently for saving things from the web I am using the following directory structure on my local drive. As you see the files are organized in a flat folder hierarchy, I create for every month a new folder with this naming pattern YYYYMM e.g. 201211 for November 2012. The "month" folders are then placed in the "year" folders (pattern YYYY). 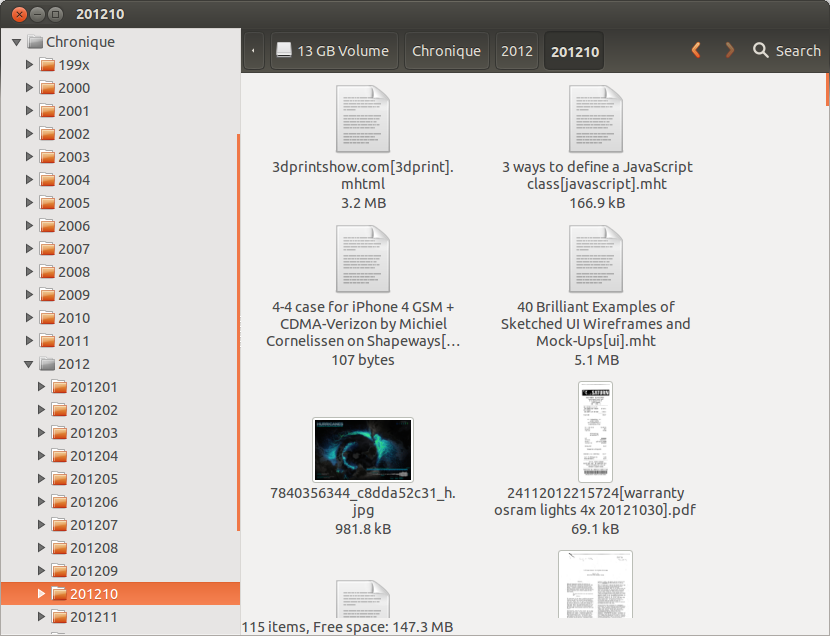